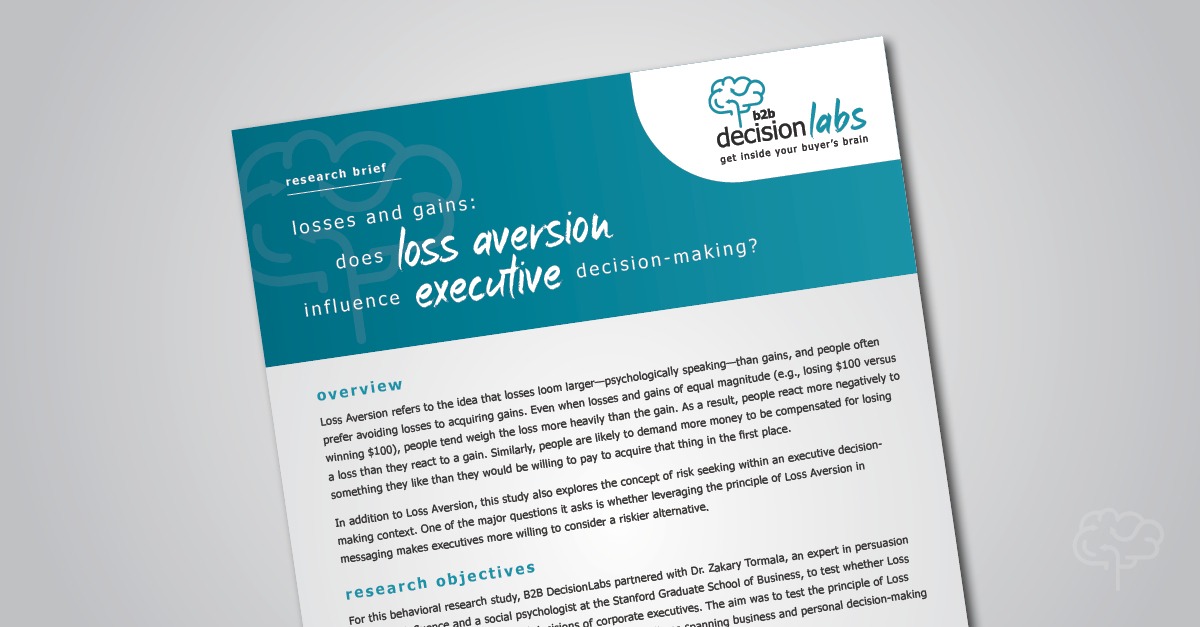 Loss Aversion refers to the idea that losses loom larger (psychologically speaking) than gains, and people often prefer avoiding losses to acquiring gains. Even when losses and gains of equal magnitude (e.g., losing $100 versus winning $100), people tend to weigh the loss more heavily than the gain. As a result, people react more negatively to loss than they react to gain. Similarly, people are likely to demand more money to be compensated for losing something they like than they would be willing to pay to acquire that thing in the first place.

In addition to Loss Aversion, this study also explores the concept of risk seeking within an executive decision-making context. One of the major questions it asks is whether leveraging the principle of Loss Aversion in messaging makes executives more willing to consider a riskier alternative.

For this behavioral research study, B2B DecisionLabs partnered with Dr. Zakary Tormala, an expert in persuasion and social influence and a social psychologist at the Stanford Graduate School of Business, to test whether Loss Aversion affects the judgments and decisions of corporate executives. The aim was to test the principle of Loss Aversion in executives using well-established research paradigms spanning business and personal decision-making contexts.

get inside your buyer’s brain

run a study Work with our scientists to custom build a research study for your organization.

subscribe Explore the benefits of a B2B DecisionLabs subscription.